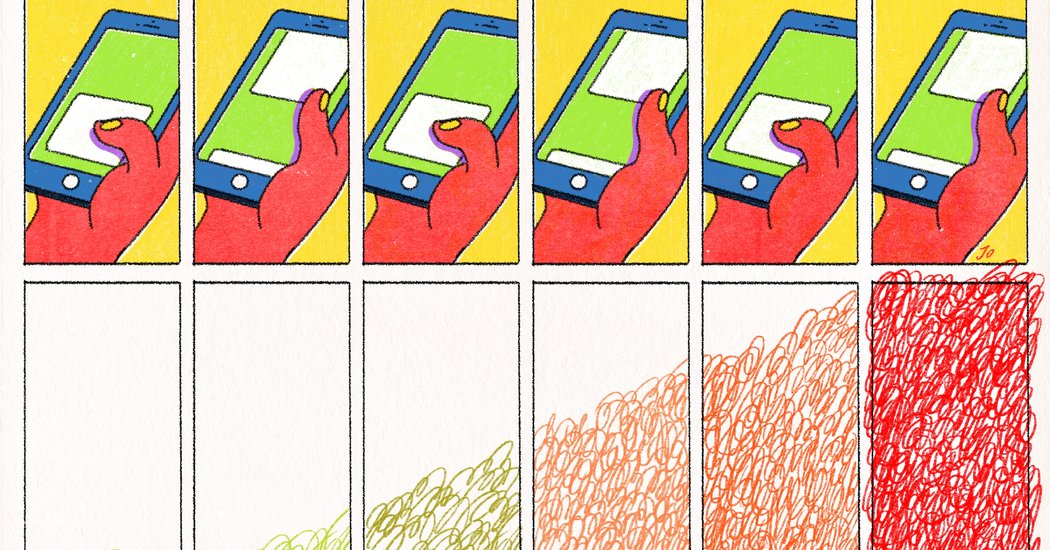 Here’s where things get confusing: Your “current period” isn’t your current billing period. Instead, it is reporting all the data you’ve used since you last reset these settings. So if you haven’t manually reset them in a while (or ever), there is a good chance you aren’t getting useful information here. Scroll down to the very bottom, tap Reset Statistics and go about your life for another few days. Then you can come back to this screen and see which app is using the most data. (Note: If you see a large amount of data under the Wi-Fi Assist option on this page, you may want to turn it off — this feature is designed to fall back on cellular data when Wi-Fi is weak, but can backfire in rare instances when you are connected to Wi-Fi.)

If you’re using a phone with Google’s Android software, open the Settings app and head to Network & Internet > Mobile Network > App Data Usage. (This location may vary depending on your phone — on Samsung devices, for example, you will find it under Settings > Connections > Data Usage > Mobile Data Usage.) You will see a graph of your data usage over the last month, along with the apps that have used the most data. If your billing cycle ends on a different day of the month (mine, for example, ends on the fifth), you can tap the gear icon to adjust the cycle date. You can also set an alert after a certain amount of data usage, so you aren’t caught off guard.

Once you have an idea of the worst offenders, figure out ways to dial back their data usage. Here are some common culprits and how you can curb their appetite.

If the app in question doesn’t have a setting that does what you want, you may be able to limit it at the operating system level. On the iPhone, head to Settings, scroll down to the app in question and turn off Background App Refresh, which will limit it from using data in the background. Or, from that Settings > Cellular screen, you can toggle the switch next to any given app to prevent it from using cellular data at all, allowing it to work only over Wi-Fi.

Android users can tap on an app from the Mobile Data Usage screen to turn off background data.

Get a Better Deal on Your Data

If all else fails, it may be worth looking into a better data plan for you and your family. Unlimited plans have made a comeback in recent years, but if they are too expensive for you, see what other carriers have to offer for the same price. In fact, if you are still with one of the big four — Verizon, AT&T, T-Mobile and Sprint — you might be able to get better bang for your buck by switching to a mobile virtual network operator, or MVNO, like Cricket Wireless, Mint Mobile or Metro. They use the same networks as their bigger competitors, but with lower prices. If you can get a bigger data plan for the same amount of money you are currently paying (while eschewing expensive features you don’t use), you won’t have to ration your internet usage like it’s 1993 dial-up.